A Discussion on Genomics and Ethics

During the fall of 2018, a new seminar series was launched to engage the George Washington University (GW) community in a discussion around genomics and genetic testing. The series, co-convened by Shawneequa Callier, JD, associate professor of clinical research and leadership at the GW School of Medicine and Health Sciences, and Sonia Suter, JD, John and Inge Stafford Faculty Research Professor at GW Law, features four sessions in its first iteration, with hope for renewal in the future. 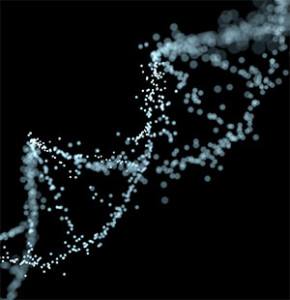 Callier, an expert on bioethics and health care law, is an investigator focusing on the ethical, legal, and social issues raised by genomics and precision medicine research. Suter earned her master’s degree in human genetics and worked as a genetic counselor for two years before pursuing a career in law and bioethics. Her research and expertise focus on the legal and bioethical issues in medicine and genetics.

The first session, held in December 2018, discussed genomic literacy, communication, and education. Panelists from GW, the National Human Genome Research Institute, and Thomas Jefferson University addressed the implications of direct-to-consumer tests, such as 23andMe, which allow people to discover fun genetic traits about themselves, such as the gene that makes them a heavy sleeper, as well as more serious health data, such as an increased risk for Alzheimer’s disease or breast cancer.

A second session on reproductive medicine and genomics was held in April 2019. Remaining sessions will cover race, genomics, and health disparities and gene therapy, genetic engineering, and precision medicine.

Here Callier and Suter discuss ethical issues and questions around genomic research and sequencing and the impact of the new access consumers have to information that can greatly affect their lives.

What prompted you to develop this series?

Callier: We had talked about what we could do on campus to try to raise awareness about ELSI, or the Ethical, Legal, and Social Implications of Genomics, and the ELSI research program funded by the National Human Genome Institute at the National Institutes of Health. There’s a lot of discussion about DNA; it seems to be talked about everywhere among my colleagues and peers. We wanted to do something here at GW, find other colleagues like ourselves who are interested in the subject, and advance the discussion.

Suter: The average person is thinking about these issues a lot more than they used to. Partly because the news and advertisements feature DNA testing a great deal these days. Also, the genetics field has evolved a lot. What we can offer people in genetic testing today is a lot different from when I was a genetic counselor. At that time, we mostly offered reproductive genetics. There wasn’t a lot of testing to identify increased risks for future illnesses. I think genetic testing is more salient to the everyday person today, because there’s more available to them.

What do you hope comes from this seminar series?

Suter: Public awareness. The more people are engaged and understand the issues, the more the public has a voice in trying to shape the direction of genomic and genetic testing and how the resulting information is used. We need to be thinking as a society about how we want to manage this.

Callier: GW is one of the few places in the Washington, D.C., area with numerous faculty members interested in ELSI and conducting ELSI research. This should be a place where people can come to discuss and debate ELSI issues. It should be a place where there is scholarly discussion, open to the public, happening to advance dialogue on important ELSI local, national, and international concerns. 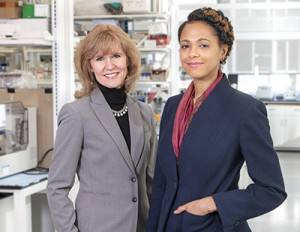 What are some of the ethical issues around genomics and genetic testing?

Callier: Our first seminar discussion topic was about the commercial market, direct-to-consumer genetic testing, consumer access to these tests, and the implications for patients. What does it mean for you to be able to go online and simply purchase a test, not talk with your doctor, and have potentially medically relevant results available to you?

Suter: There can be a lot of confusion because consumer tests are not always fully accurate. Also, when patients go to their health care providers, unless the providers are geneticists, they often don’t have a full understanding of the implications of the genetic results. As testing becomes more prevalent and more people get tested, we are finding that we don’t have enough health care providers to educate patients about the results of genetic tests and what they mean for patients.

Callier: We also want to address diversity and inclusion in genomic research. A lot of the information we have right now related to genetic testing comes from European populations. Historically, we have excluded all other populations from a really important type of research study, called a genome-wide association study; these studies help to identify the causal variants associated with diseases, including complex diseases.

In the clinic, among patients of diverse ancestry, especially those who do not have ancestry from a European country or a continent that has been studied, challenges in interpretation are more likely. In such cases, genetic testing could lead to a misdiagnosis or the discovery of a variant of unknown significance.

Suter: Privacy also is a huge overarching issue in all of this. As people participate in any type of research, or send their samples to 23andMe or any of the direct-to-consumer genetic testing companies, their information is now with the company or researcher. The commercial companies are doing research, and the information is often being shared. Consumers can choose to opt out, but it’s not clear people fully understand they have that option or know what is at stake.

Callier: Look at the Golden State Killer case. They used a publicly accessible database that consumers were using just to assess their ancestry to identify the killer. A lot of people may not want their relatives to be identified without their permission due to law enforcement’s use of their genetic data.

What about issues involving sequencing, as in the Human Genome Project?

Callier: Informed consent received a lot of attention when scientists began to sequence the human genome. … I always talk to my students about Henrietta Lacks [the African American woman whose cancer cells were taken without her consent and serve as the source of the “immortal cell line” used in research]. If we were able to get informed consent from Henrietta Lacks, if informed consent was common in the 1950s, what would we tell her about the potential uses of her DNA?

Researchers had no idea at the time. We didn’t know what the internet was. We could not say that in 30 to 40 years someone would publish her genome on the internet. Her cells were taken long before the start of the human genome project. You can make that analogy today. We don’t know what the future’s going to look like in terms of how these technologies are used in cooperation with other technologies. Informed consent will always be a difficult topic.

Suter: Some of the issues we talk about now have been concerns from the beginning. Privacy and discrimination were issues from the start, although, in many ways, they were more future, rather than immediate, concerns. Today, however, the worries about privacy and discrimination are becoming more pressing; they are no longer hypothetical. These issues don’t go away, they only intensify.

Are there currently guidelines or restrictions on gene editing?

Suter: Researchers are doing clinical trials of gene editing to develop treatments against diseases, and the FDA has approved some gene therapies. But technically, gene editing of embryos is not legal in the United States. I think there is strong agreement within the health care community and the scientific community that gene editing in embryos is absolutely not appropriate to be doing at this point, because the health risks are too great.

You also have to ask, “What are we doing such gene editing for?” In the recent case of embryo gene editing in China, the researcher was trying to create an immunization against HIV/AIDS infection. However, the safety of embryo gene editing has not yet been established. Even assuming you could prove that reproductive gene editing was safe, many people think he chose an inappropriate scenario for embryo editing, because he wasn’t attempting to treat a serious, inevitable disease.

What should people know before they submit their DNA for a direct-to-consumer genetic test?

Callier: There’s some literature on this topic and the idea that people can plan. If they know they’re going to have Alzheimer’s, they can take steps to plan some aspects of their projected final years. But most people, like Sonia said, don’t know what to do with that information or don’t want that information. My concern has to do with the accuracy of the tests. There have been a number of articles in the news about how people have received different test results, depending on the company that were proven to be false after visiting with a physician.

What do you think the future of genomics and genetic testing looks like?

Callier: When the human genome was sequenced, physicians and researchers were the gatekeepers to knowledge. Today, consumers can access information and do what they want with it. … We’re living in a world where privacy is really a foregone concept. We’re all tracked and monitored and we voluntarily put our information out there. So, one thing we can imagine is a world where there’s no such thing as privacy. Your behavior and genetics are together available.

Suter: And that’s not limited to just genetics. Recently, there was an interesting study on tracking people through the apps on their phones, which know where they are and let anyone follow a person’s day. By combining that information with genetic information, someone could start to do some really interesting and potentially scary things.

Callier: We hope that by hosting these seminars at GW and encouraging this conversation we can open people’s eyes to what the future could look like. Given that awareness, perhaps we as a society can decide what we want from genomic research and better establish our standards for how that information is shared.