At 11:45 a.m. on Friday, March 18, Paul Kline, M.D. ’16, stood patiently with his wife, Mercedes, and their daughter, Coral, boxed into a row in Ross 101 on GW’s Foggy Bottom campus. The seats around them had pull-up desks balancing plastic flutes of champagne, and the movements of the undulating crowd — a blend of students, family members, and friends — caused ripples in the bubbling liquid.

“I’m excited,” Kline said, his voice muffled against the dull roar of conversation. “I’m excited for my friends. There are a lot of people trying to match in very competitive programs.”

Kline and his classmates kept watch on the time, waiting for the clock to strike noon. As the countdown began, Kline grasped a handful of letters; some were missives of support and love from family and friends, but one letter spelled out his future. When the hour and minute hands met at 12, Kline — along with fourth-year medical students across the country — opened his sealed envelope to find where he would complete his residency program.

This coordinated event, a logistical feat, is known as “Match Day.”

At the GW School of Medicine and Health Sciences (SMHS), the first three years of medical school are an immersion in all things academic and clinical. During the fourth year, however, students build on that strong curricular foundation and focus their attention on the next level in their careers: residency training.

The process is linear, logical, and – at times – highly emotional. First, students examine institutions, weighing the pros and cons of residency programs, geographical locations, and personal preferences, an undertaking that can defy an ambitious student’s normally systematic approach.

“I view my role [as the internal medicine residency program director] as helping a student to brainstorm out loud about what she or he is really looking for in a training program, and providing encouragement that it is OK — and appropriate — to prioritize whatever is most important,” explains Jillian Catalanotti, M.D., M.P.H., associate professor of medicine at SMHS. “Sometimes a student just needs a trusted advisor to say it’s OK to rank a program highly to live near someone you love, because most medical students have been told the opposite all their lives.”

Sasha Shackelford, M.D. ’16, for example, narrowed her search to the East Coast. “I’m trying to move north; my boyfriend is moving to New York, so it’s going to be really great to be near him, hopefully,” she said on the day of the match. She was looking to match in pediatrics at either Yale University or one of two New York-based programs.

Once students have chosen their programs, they complete a rigorous application process. Residency directors, also looking for the best fit, review the applications and invite their preferred applicants for an interview. Students crisscross the country, meeting face-to-face with residency program personnel, and both parties — student and program — create a ranked list of their top choices. That’s when the algorithm takes over. 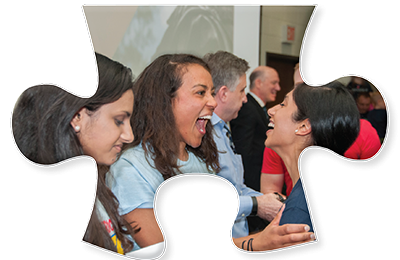 The National Resident Matching Program (NRMP), established in 1952 as a way to organize the residency application process, uses a blind system to ensure that medical students and residency programs receive their top choices, or as close to their top choices as possible.

“[NRMP] is an organization that solely exists to make sure that the process is fair and consistent from state to state,” explains Richard Simons, M.D., senior associate dean for M.D. programs and professor of medicine at SMHS.

Once the students and programs have submitted their rankings, NRMP uses a mathematical algorithm to place applicants. The process, NRMP says, is applicant-proposing, meaning student preferences initiate program placement.

Although the algorithm process is straightforward, it can be a difficult concept for medical students to explain to family and friends outside of the profession. 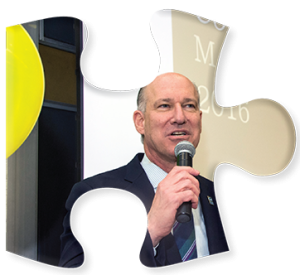 “The whole idea that a computer matches you with where you’re going to be for four years, and where you’re likely spending the rest of your life, just statistically speaking, that’s very hard to understand,” says Nancy Gaba, M.D. ’93, RESD ’97, Oscar I. and Mildred S. Dodek and Joan B. and Oscar I. Dodek Jr. Professor and Chair of the Department of Obstetrics and Gynecology at SMHS.

For Mary Ottolini, M.D., M.P.H., professor of pediatrics at SMHS, watching her daughter, Katherine, M.D. ’12, experience Match Day was both exciting and gratifying; she could precisely understand the significance of her daughter’s match. “[Match Day] is one of those intangible events where you have to be in medicine, or closely associated with somebody in medicine, to really appreciate its magnitude,” she says. “It’s kind of like being initiated into a special club that’s nationwide.”

GW SMHS has had a consistently high match rate, which many attribute to both the quality of the M.D. program and the caliber of students.

SMHS students historically match at a variety of prestigious institutions, including Brigham & Women’s Hospital, GW clinical partner Children’s National Health System, and The Johns Hopkins University. In 2016, they matched in more than 30 specialties, with internal medicine and pediatrics leading the list. Several students each year also continue their training at GW, like Gaba, who matched with four classmates in the OB/GYN residency program in the late ’90s.

Although the process has remained constant since 1952, the celebration of Match Day has continued to evolve. 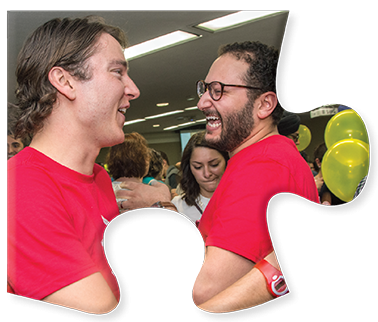 “There’s more pomp and circumstance now than when I was a medical student,” recalls Simons. “We were in a room, and we opened up our envelopes, and there wasn’t a lot of hoopla. There were no families, and it was just sort of matter-of-fact. Now, it’s, I think, what it should be; it’s a celebration.”

Jeffrey S. Akman, M.D. ’81, RESD ’85, vice president for health affairs, Walter A. Bloedorn Professor of Administrative Medicine, and dean of SMHS, echoes Simons’ observation: “Match Day is much more festive and has become a family event compared to when I was a student.”

This year, when students ripped open their envelopes, the joy was palpable. Some shed tears, others jumped up and down, and Kline was struck silent. He looked down at his letter, where his match was typed in blocky print: Excela Health Latrobe Hospital in southwestern Pennsylvania. It was where he had completed an associate internship, and it felt like a perfect fit. “I know I’ll get a good education, and I think it’s just a great environment to be in,” he said.

Kline matched in family medicine, which, he explained, is a combination of pediatrics, internal medicine, and OB/GYN. The draw is the opportunity to care for generations: “I love the continuity of it.” 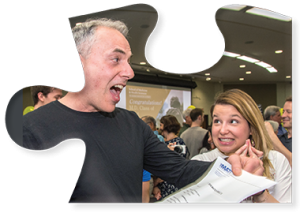 Kline earlier worked as an electrical engineer before pursuing his dream of medicine; the field, he said, appeals to both brain and heart, and there’s a good balance between the two. His goal, he added, was to open a clinic with Mercedes, a nurse. “What we want to do ultimately is open a clinic in a very rural area where there are no doctors and make it sliding scale, or if people can’t pay, that’s fine,” he said. “We just want to help.”

“[Match Day] is one of those life events that marks a transition point in your life, where you feel like you’re going from being a forever student to actually being an adult and getting your first job — even though it’s, in reality, nobody’s first job. I think the way the match works — playing the odds in terms of where you’re going to end up — is actually, to me, more exciting because it’s an adventure, and you don’t know exactly how it’s going to turn out.” - Mary Ottolini, M.D., M.P.H., professor of pediatrics at SMHS 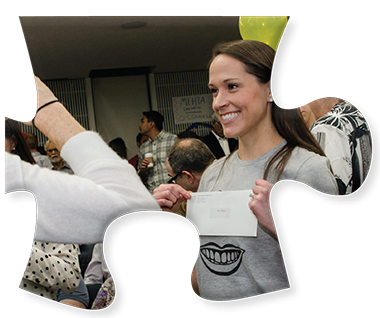 “It was an exciting time; my wife, Amy, was there with me. I remember all my classmates supported each other. Match Day was a culmination of all our training, beginning with gross anatomy continuing on to the next chapter in our lives. Everyone was extremely happy; it was an emotional time that we were able to share together. It was a special day in my life I will always remember.” - Evan Cohn, M.D. ’92, a radiologist in Dallas, Texas 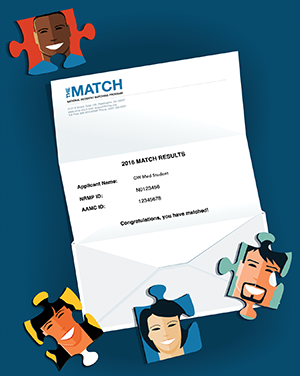 “It was more agonizing to make the list [of where I wanted to go] than it was to open the envelope. I felt like the other places on my list were good choices, but I really wanted to be here [at GW]. I was excited about that … Now, I go [to Match Day] every year, and I cry every year. That overwhelming sense of excitement and emotion – whether it’s positive or negative – it makes me cry. I [always] tell myself I’m not going to, but then I do.” - Nancy Gaba, M.D. ’93, RESD ’97, Oscar I. and Mildred S. Dodek and Joan B. and Oscar I. Dodek Jr. Professor and Chairman of the Department of Obstetrics and Gynecology at SMHS 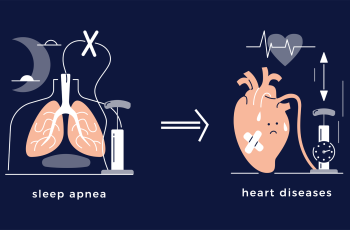