SMHS Professor Tapped to Serve as Physician to the President

Kevin O’Connor, DO, Takes on a More Formal Role as Physician to the President and Leader of the White House Medical Unit.
February 23, 2021
Winter 2021
Authored by
Thomas Kohout 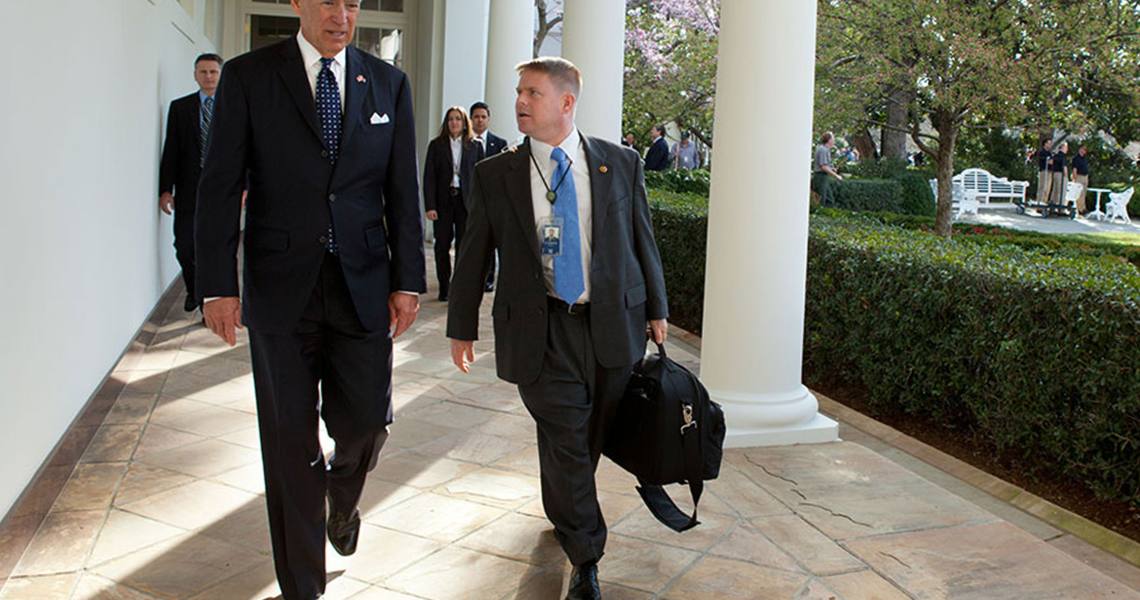 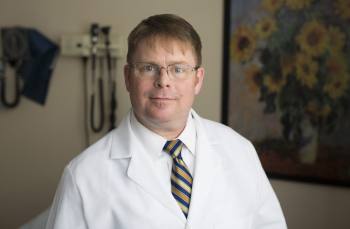 President Joe Biden recently named Kevin O’Connor, DO, associate professor of medicine and of health, human function and rehabilitation sciences at the George Washington University School of Medicine and Health Sciences, as Physician to the President. O’Connor began his service in this latest role on Inauguration Day, Jan. 20, 2021.

In December 2019, while still serving as the Biden’s family physician, O’Connor released a three-page statement on Mr. Biden’s health in which O’Connor described his patient as a “healthy, vigorous, 77-year-old male who is fit to successfully execute the duties of the presidency to include those as chief executive, head of state, and commander in chief.” His most recent public statements have focused on the president’s recent foot injury, part of the Biden administration’s stated objective for transparency.

Updating the nation on the health of the commander in chief is an example of one of many responsibilities of the Physician to the President that are a far cry from those of a typical family physician. In his position, O’Connor will be tasked with providing for the health and welfare for the first family, anything from preventive health care, primary care, nutrition and exercise, all the way to emergency actions.

Although he may not personally accompany the president on every single trip, as the White House Medical Unit is comprised of roughly 60 personnel, including nine physicians, O’Connor will be the physician covering most of them and responsible for all of them. It’s when the president is on the road, he added, that the job becomes a little different from the average primary care role.

“When we are on a movement, we work hand-in-glove with the United States Secret Service for what’s called executive protective medicine, providing emergency medical planning and coverage for all of the president’s trips,” he said. “That’s the part that makes it unique and different from the responsibilities of a typical primary care physician. That’s what makes it a tactical job.”

O’Connor first became Mr. Biden’s physician in 2009, when he was appointed physician to the vice president. O’Connor had previously served as a White House physician for more than two years during the George W. Bush administration. Following the conclusion of Mr. Biden’s tenure as vice president, O’Connor continued to serve as the Biden family physician.

Before joining the White House, O’Connor served 22 years in the Army, including tours of duty with the 82nd Airborne Division, 75th Ranger Regiment, and United States Army Special Operations Command. In 2010, he was designated master flight surgeon. Most of his academic publications have been on what is referred to as “point of wounding” care, or “care under fire.”

“Kevin did not hesitate when he was called to return to service in the White House Medical Unit. Strengthened by the values instilled in him by his family and his experiences in the military, he views this new role as another opportunity to serve the country and his fellow Americans,” said Reamer L. Bushardt, PharmD, PA-C, professor and senior associate dean for health sciences at GW SMHS.

Bushardt added, “I am encouraged that O’Connor, a GW physician who embraces science and evidence-based practice, has taken on the role and will lead the talented team in the White House Medical Unit with the values our university embraces, including integrity, collaboration, and respect.”

O’Connor will remain on faculty at GW while serving at the White House, thanks to an agreement between the university and the U.S. Navy. The Intergovernmental Personnel Act provides for assignments between institutions of higher education and the federal government, and GW has a long track record of sharing the talents of its faculty with myriad federal agencies.

“President Biden and the first lady have chosen to continue to place their trust and confidence in me as their physician,” O’Connor said. “For that, I am genuinely humbled and will serve at their pleasure.” O’Connor knows his new post has as indeterminant timeline, joking that, because everyone serves at the pleasure of the president, “every day my badge still works is a pleasant surprise.”